What Will The NFT Industry Look Like During The Second Half Of The Year?

The NFT industry is expected to have a big year in 2022. However, with the ongoing volatility of the crypto market, what will the NFT industry look like in the second half of the year?

There is still potential for growth in the NFT industry despite the current market conditions. NFTs offers a unique opportunity for collectors and investors alike.

With the ability to fractionalize ownership and trade NFTs easily, there is still potential for the industry to grow in the second half of the year.

However, it is important to note that the NFT industry is still in its early stages. There is a lot of speculation and hype surrounding NFTs.

NFT games are the new era of video gaming. They bring with them a unique blend of entertainment and financial incentives that make them highly appealing to gamers around the world.

One of the most popular NFT games on the market is Axie Infinity. This game has been praised for its innovative gameplay and stunning graphics.

However, recent data from Coinbase shows that the average number of daily users has dropped significantly since November 2021.

Despite this, the NFT gaming industry is still in its early stages and has a lot of potentials.

With more games being developed and released, we are sure to see even more success stories in the future. Sooner or later.

Related: NFT Games: How Do They Work?

The recent shift in Sky Mavis’s philosophy from “Play-to-Earn” to “Play-and-Earn” has caught the attention of the NFT gaming community.

This change comes as a surprise to many, as it seems to signal a shift away from the original vision for Axie Infinity.

For those unfamiliar, Axie Infinity is a game built on the Ethereum blockchain that allows players to collect, breed, and battle creatures called Axies.

The original vision for the game was to create a “play-to-earn” model, where players could earn real money by playing the game.

However, it seems that Sky Mavis is now more focused on simply “selling fun” rather than being a revolutionary new economic model.

This change in vision raises some questions about the future of the NFT gaming industry. It’s hard to predict what will happen next. 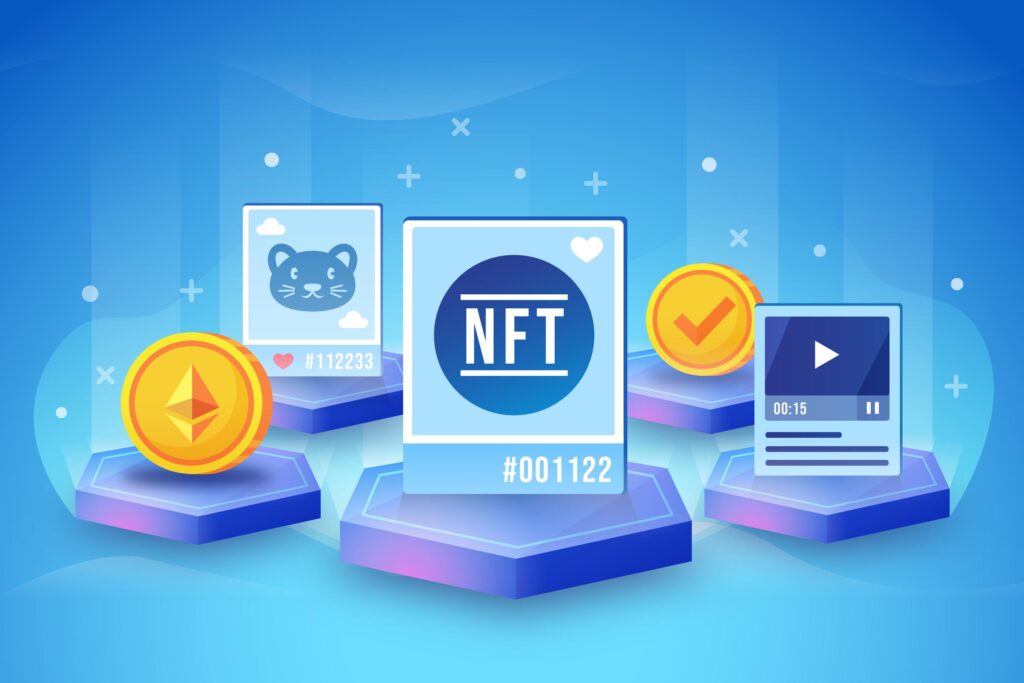 The non-fungible token industry has seen tremendous growth in recent months, with new use cases and applications being developed all the time.

GameFi has been one of the most prominent players in this space, but it is by no means the only one.

At the same time, the use of NFTs for non-gaming purposes is also on the rise. From digital art and collectibles to real estate and security tokens, there are now a wide variety of ways to use NFTs.

Even Kanye West, who used to be annoyed when questioned about NFTs, now favors them.

Related: NFTs and Amusement Parks seem to be on the way, according to Kanye West’s recent trademark filing.

Whatever the aim, the NFT clearly demonstrates that it can provide a new and engaging approach for businesses and individuals to connect with their target audiences.

Major payment firms such as Visa and Mastercard, businesses such as Taco Bell and Pizza Hut, and well-known fashion brands such as Adidas, Gucci, and Louis Vuitton all head in the same direction, but with different approaches.

Regardless of the fact that the start of the NFT market this year seems to be bleak, the industry and its underlying technologies have seen significant adoption.

As the industry continues to grow, we can expect to see even more innovative uses for NFTs emerge.