A major collaboration between the Shiba Inu team and The Third Floor (TTF), the busiest visualization studio known for its work on numerous Marvel blockbusters, has been confirmed.

The Third Floor studio will play a significant role in designing several aspects of the forthcoming metaverse, as it was revealed on July 20.

In order to describe the virtual worlds for the metaverse project, TTF will collaborate with the designers of the well-known meme coin, taking control of artistic development.

The American firm has contributed to a number of well-known movies, including “Avengers: Infinity War,” “Wonder Woman,” “Thor: Ragnarok,” “Mad Max: Fury Road,” and many others. TTF has also contributed to episodic television shows and video games like “Doom” and “Resident Evil 6.” 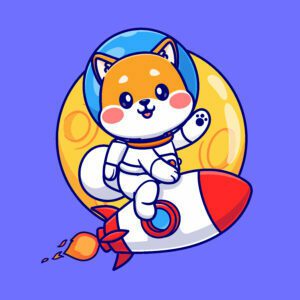 The Shiba Inu community’s artistically driven vision, according to TTF’s chief creative officer Dane Smith, is “inspiring.” Smith believes the metaverse has the capacity to provide an infinite array of possibilities and mixed reality experiences.

The Shiba Inu community has placed a great emphasis on usability despite its status as a “meme coin.”

The developer team is already working on the metaverse project, which enables people from the community to establish virtual land plots, in addition to the ShibaSwap exchange. Landowners can generate rewards to earn passive income. Prior to accepting Shiba Inu (SHIB) tokens, the team solely accepted Ethereum (ETH) as a form of payment.

SHIBA INU (SHIB) HAS BECOME THE MOST PREFERRED SMART CONTRACT BY THE TOP 5,000 ETHEREUM WHALES.

Mufasa
Mufasa is the lead writer at CryptoMufasa who likes to share all the latest info on the crypto world with you! Mufasa Enjoys enjoys a good read and recommendations so don't forget to comment on the posts and let him know.
Previous articleTop 6 Crypto Exchanges In Russia (2022)
Next articleTesla owned by Elon Musk sold 75% of Bitcoin Holdings