Prominent Electric vehicle company Tesla revealed during its earnings calls on Wednesday that it had converted 75% of its Bitcoin assets into cash. According to its Q2 report, Tesla owned only about $218 million in cryptocurrency at the end of the second quarter.

The company disclosed it has liquidated three-quarters of its Bitcoin holdings in its earnings report for the second quarter of 2022.

“By the end of the second quarter, we had turned almost 75% of our Bitcoin purchases into fiat money. Conversions in Q2 increased our cash balance by $936M, “the most recent shareholder deck from Tesla.

In 2021, Tesla made a roughly $1.5 billion Bitcoin investment. If selling 75% of that generated $936 million in cash, it would mean the Electric vehicle company has so far lost about $189 million on their Bitcoin investment, which isn’t even all that bad given how low the price of Bitcoin fell earlier this year.

Tesla announced it would begin accepting bitcoins as payment for its vehicles shortly after making its Bitcoin purchase.

That only lasted for a few months, however, CEO Elon Musk did state that Tesla might resume Bitcoin sales once the digital currency became more environmentally friendly.

Noteworthy at the time was Musk’s declaration that “Tesla will not be selling any Bitcoin.”

Musk stated that Tesla sold the bitcoins to “maximize [its] cash position” during the company’s earnings call on Wednesday. This was essential to do “given the uncertainty of COVID lockdowns in China,” he added.

Additionally, he claimed that Tesla is still willing to buy Bitcoin in the future and that the company’s choice to sell Bitcoin should not be interpreted as “some verdict” on the cryptocurrency. 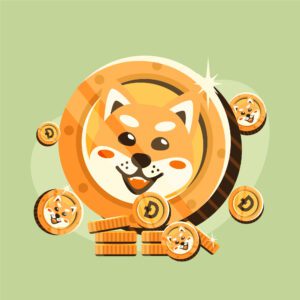 The company hasn’t sold any of its DOGE holdings, as Musk stated during the results call, which is fantastic news for Dogecoin supporters. In January 2022, Tesla began to accept cryptocurrency for certain of its merchandise. Later, this was expanded to include DOGE at some Supercharger stations.

However, it is unknown how many Dogecoins Tesla has. The company still has $218 million in “digital assets,” but the majority of it must be Bitcoin, according to the shareholder deck.

ELON MUSK SPACEX TO ACCEPT DOGECOIN AS PAYMENT FOR SOME MERCHANDISE

SHIBA INU (SHIB) HAS BECOME THE MOST PREFERRED SMART CONTRACT BY THE TOP 5,000 ETHEREUM WHALES.