Shiba Inu (SHIB) has become the most preferred smart contract by the top 5,000 Ethereum whales.

According to WhaleStats, the 5,000 biggest Etherium whales are once again using the SHIB token from the Shiba Inu ecosystem as their preferred smart contract.

This happened amid a bullish surge that affected the entire crypto market, during which SHIB was able to increase its price by 8%.

JUST IN: $SHIB @Shibtoken one of the MOST USED smart contracts among top 5000 #ETH whales in the last 24hrs🐳

SHIB continues to be the most widely held asset among the top 100 Ethereum whales, despite the fact that a sample of the 5,000 largest ETH wallets may confound some due to its size and, thus, seem unimportant.

Therefore, it can be said that the token is incredibly popular among both small and large ETH holders.

Why are there so many SHIB being held from the whales’ side? Since the first statistical data of this kind was released, discussions regarding what drives significant holders of the dominant altcoin on the cryptocurrency market to purchase SHIB have begun.

Both the desire to make money off the rising value of the token and the desire to utilize SHIB as a form of payment are possible motives.

The latter may even be more accurate given the incredibly active adoption of the token by different payment systems, which among other things enables the purchase of luxury goods and services. 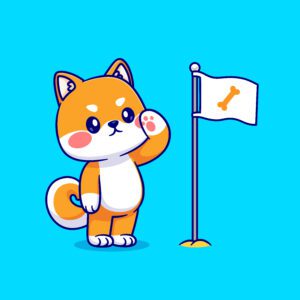 Shiba Inu also contains a variety of triggers for the token’s price. The most important one is, of course, the eagerly awaited Shibarium, a second-tier blockchain solution that will increase the use of ecosystem tokens like BONE and TREAT in addition to SHIB.

Many people overlook the Shiba Inu team’s diligent work on SHIB: The Metaverse in the midst of the discussion about Shibarium.

The Shib army has so far had to be happy with 3d models of hypothetical Metaverse characters and statements regarding the addition of notable personalities from the entertainment industry to the project’s team.

However, this project is also unquestionably necessary to take into consideration when estimating the token’s price as well as Shiba Inu’s overall market capitalization.

Mufasa
Mufasa is the lead writer at CryptoMufasa who likes to share all the latest info on the crypto world with you! Mufasa Enjoys enjoys a good read and recommendations so don't forget to comment on the posts and let him know.
Previous article$375k Worth of NFTs and Assets Stolen by Hackers on Premint Platform
Next articleBREAKING: Putin Bans Crypto Payments In Russia