Wrapped Ethereum (wETH): what is it and how does it work?

The ERC-20 compatible and tradeable form of ETH is known as wETH, and it may be used to communicate with other ERC-20 assets.

However, what exactly is “Wrapped Ethereum”? What is its function, and how does it compare to Ethereum in terms of its characteristics?

Understanding the difference between ETH and wETH, as well as the rationale behind wETH, can require some level of technical expertise. Therefore, let’s put wETH into layman’s terms and examine it.

Wrapped Ethereum, often known as wETH, is an abbreviation for the tokenized form of Ethereum. Its value is directly proportional to that of Ethereum. It is not possible to use this ERC-20 token to pay for gas expenses because, unlike ETH, it is not a cryptocurrency.

Due to the fact that it is ERC-20 compatible, wETH can be utilised for more complex interactions on applications related to decentralised finance (DeFi). On the other hand, Ethereum was created a long time before the ERC-20 standard was put into place, and as a result, it does not conform to the ERC-20 standard.

The user will need to submit ETH to a smart contract in order for the contract to generate wETH in return. The process of wrapping ETH is rather straightforward. The ETH held by the custodian would be locked away by the smart contract in this scenario so that the wETH would be supported by an ETH reserve.

Using an exchange that deals in cryptocurrencies to trade one token for another is the simplest approach to get some wETH. The vast majority of well-known decentralised exchanges, such as Uniswap and Sushiswap, will have the capability to trade tokens for wETH.

Why does wrapped ETH matter? 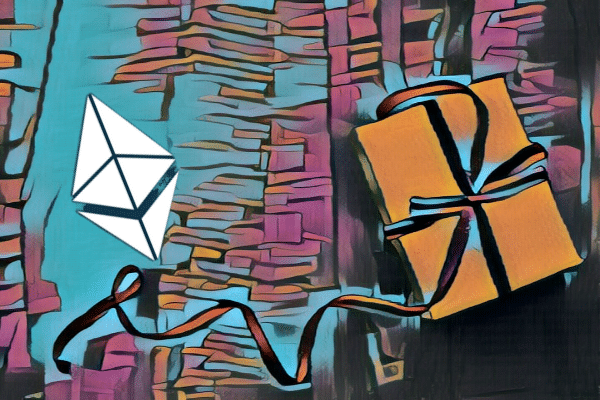 To put it succinctly, ERC-20 tokens cannot be swapped for Ether but can only be done so with other ERC-20 tokens. The Ethereum network implemented wrapped Ethereum in order to close this gap and make it possible to trade ERC-20 tokens for ether and vice versa (wETH). Having said that, wETH is the ERC-20 version of ETH that may be traded.

How Does wETH Work?

wETH comes into play at this point. Even though dApps and smart contracts are typically run on Ethereum by Ether, seamless integration between Ether and every smart contract and dApp is not always guaranteed.

wETH makes it possible for Ethereum to be used in all decentralised applications (dApps) and smart contracts. The exchange rate between ETH and wETH is one-to-one, and ETH can be converted to wETH and back again at any time (this process is referred to as “wrapping” in the Ethereum lingo).

Aside from the fees associated with transactions, there are no other charges involved. Although the specifics of the intrinsic differences between ETH and wETH are difficult to understand from a technical standpoint, the overall concept is straightforward.

Tokens that have been wrapped can also be found on other blockchains, such as Wrapped Bitcoin (WBTC). Additionally, ETH can be “wrapped” so that it can be used on blockchains other than Ethereum’s own. This can assist in increasing liquidity, capital efficiency, and interoperability.

The concept of stablecoins provides yet another lens through which to examine wrapped tokens. You might think of stablecoins as a packaged version of other fiat currencies such as the United States dollar. They make it possible for U.S. dollars to be utilised on a variety of blockchains, rather than being restricted to the realm of fiat currency in which we conduct our daily business.

A dollar stablecoin such as USD Coin (USDC) is tied exactly to the value of one U.S. dollar. This is analogous to the way that wETH is tied to ETH. It’s important to keep in mind that the underlying technical differences are quite significant.

How to wrap Ether (ETH)?

There are a few different approaches to wrapping Ether. As was stated, one of the most typical ways to accomplish this is via transferring ETH to a smart contract. Using a cryptocurrency exchange to trade wETH for another token is yet another viable option.

Wrapped Ethereum is particularly helpful for use with OpenSea. It is possible to use it in order to make pre-authorized bids on a variety of various NFTs.

The user is able to place bids on multiple different things using the same pool of Ether while using wrapped ETH. For instance, as a user with 1 wETH, I have the ability to make an offer of 1 wETH on any number of products that I choose. If any of my other bids or offers are rejected because I do not have sufficient wETH in my account, the acceptance of my first bid will immediately render the others null and void.

It is important to keep in mind that wETH cannot be used to purchase an NFT using the “Buy Now” function and can only be used to place bids on OpenSea. Vice versa for ETH.

MetaMask is more than just a digital wallet for storing and transferring cryptocurrencies; rather, it incorporates the functionality of a decentralised exchange (DEX), which enables users to trade one token for another. This gives MetaMask a number of advantages over other digital wallets.

Users are able to avoid the trouble of exchanging tokens on a DEX thanks to this built-in capability, which improves the overall experience of using MetaMask.

You should be able to find the swap feature on the MetaMask dashboard right next to the transmit button.

- Advertisement -
Previous article
NFT Scams: How to Protect Yourself from them (2022)
Next article
Tamadoge Drops 1,000 Rare NFTs Today – Is This The Best NFT Drop of 2022?