Everything You Need To Know About Smart Contracts In 2022

What are Smart Contracts?

Developers use smart contracts to automatically execute agreements to make all the parties involved sure of a conclusion immediately. The use of smart contracts is so that there will be no need for intermediaries.

What is an Executed Smart Contract?

How Does a Smart Contract Work?

The best way to view smart contracts is to see them as written statements of agreements binding more than one party. Although, in this case, these written agreements are digitally written. If the parties meet the requirements of the written contract, then the agreement is honored and the contract is considered an executed contract.

Below are the various steps you must follow if you want to build a smart contract.

Who can use Smart Contracts?

Developers can program smart contracts for people to use. The contracts will take the place of retail systems and mandates set by the government. Also, people can use smart contracts to save the time and money needed in taking some disagreements to court.

The programming language of Ethereum-based smart contracts makes them Turing-complete. Here is what it means; the smart contract rules are rooted in the Ethereum Network code, making manipulations by unfair players impossible.

This deep rooting into the network code will make sure that there are no scams and alterations of the contract by one of the parties.

Primarily, there has to be an agreement based on the contract, then when the parties involved meet the conditions of the agreement, the smart contract will be executed.

Immediately after the parties meet the requirements of the agreement and the contract is complete, the blockchain will record the decisions like every other transaction on the network. What follows after is an updating of nodes.

Every node will record its blockchain copy having the completed contract. This update will result in a new network state. 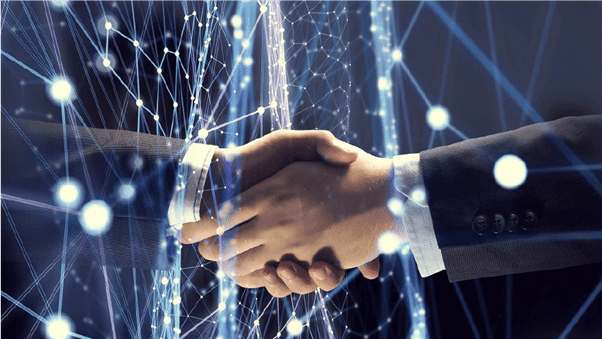 Can Bitcoin and Other Blockchain Networks use Smart Contracts?

The network functionality of the Bitcoin blockchain network has been expanded because of the development of layer-two solutions. An example of these solutions is the lightning network.

Having mentioned this, the case of using the Ethereum blockchain network for developing smart contracts is a special one.

All the nodes in the Ethereum blockchain network agree to retain a copy of the codes for smart contracts and the set of rules guiding the execution of these contracts. Furthermore, the nodes store these codes and rules.

The limitations for all smart contracts on the Ethereum network are similar because all the nodes store the rules intertwined with the network codes.

Smart contracts are a means of making sure that transactions are safe, automated, and transparent. The idea is fast changing the way people transact with one another and in a world where there are fraudulent activities, this is what we all need.

Smart contracts are beginning to be part of our everyday systems like banking, supply chain, governmental processes, and so on. With the rate of adoption, it is not going to take long for smart contracts to become part of our daily lives.

WHAT IS A CANDLESTICK CHART AND HOW DO YOU READ IT?

ALL YOU NEED TO KNOW ABOUT DEFI (DECENTRALIZED FINANCE)

MOST IMPORTANT BLOCKCHAINS IN 2022

HOW TO EARN PASSIVE INCOME WITH CRYPTOCURRENCY EXCHANGES

CRYPTO SEASONALITY: STRUGGLING TO DEAL WITH IT?

- Advertisement -
Previous article
IAMAI drops India’s only blockchain & crypto council (BACC) due to uncertain regulations.
Next article
Dogecoin And Shiba INU Will Be The Next Major Cryptocurrency!