The Merge – All You Need to Know About Ethereum 2.0

What is The Merge?

It has been designed to handle the energy-intensive mining while securing the network using staked ETH. This move aims to provide more security, scalability, and sustainability to Ethereum’s network.

The Beacon Chain is the bedrock of Ethereum’s 2.0’s architecture. It is a different blockchain to Ethereum’s network and runs in parallel. Although it has not been running any transactions on the main net, it has been reaching consensus on its own.

The Beacon Chain was created on December 1st, 2020, and is made secure by a proof-of-stake consensus algorithm, totally different from Ethereum’s mainnet, which still uses proof-of-work.

In simpler terms, the Beacon Chain has been working as a default Testnet for Ethereum 2.0, but with the introduction of The Merge, this will change.

The merge is when Ethereum’s current mainnet, which runs on PoW, and the Beacon Chain, which runs on PoS, come together. It will result in the PoW consensus algorithm being replaced permanently by the PoS.

This has some very significant implications for the network, but the critical considerations are: 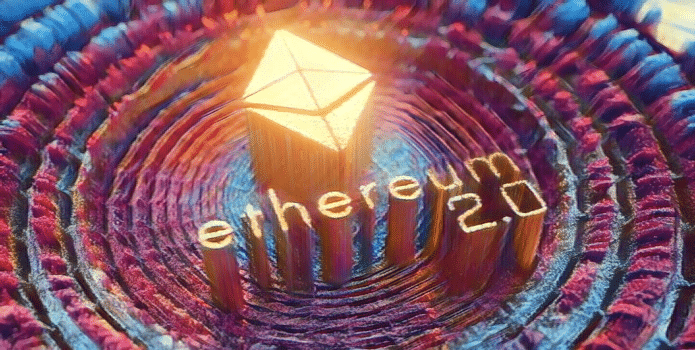 When is The Merge?

It is important to note that Ethereum 2.0 has been in the making for several years, and the exact date of “The Merge” looked like something that would happen in the unclear, albeit distant future.

However, this ended on July 14th, 2022, when a member of the Ethereum Foundation released a timesheet with a “soft” schedule for The Merge.

According to this timesheet, The Merge is scheduled to occur on September 19th, 2022, barring unforeseen circumstances, including “the Goerli Merge not blowing up.”

But the truth remains that this date is not completely fixed, so there might be delays if certain issues arise.

How to Prepare for The Merge

The merge is one of the biggest events in the entire history of the cryptocurrency industry. Therefore, there is a chance that many bad players will want to exploit and scam many people out of their money.

So, it is important to know that users and holders DO NOT need to do anything with their funds before The Merge.

The entire history of Ethereum (from when it started until now) will be unchanged and intact after this transition to proof-of-stake. Any fund in a wallet will still be accessible after The Merge, and there is no need to upgrade or take any action whatsoever by the users and holders.

Nevertheless, the Ethereum ecosystem does not contain just users and holders.

If you’re operating a staking node, the most important steps are running an execution layer and a consensus layer client. Authenticate both layers with a shared JWT secret to secure their communication. Also, set a fee recipient address to receive the transaction fee tips you’d get.

The most important action is installing a consensus layer client separate from the execution layer client. Once more, authenticate both clients with an agreed JWT secret so that they communicate secretly with one another.

The merge is going to introduce major structural changes to Ethereum, and so developers need to pay attention to Ethereum Foundation Tim Beiko’s breakdown of “How The Merge Impacts Ethereum’s Application Layer.”

As part of the preparation for regular users and holders, it is important to read up on some of the most common scams associated with Ethereum 2.0.

Also Read: 3 APPROACHES INVESTORS SHOULD USE TO TRADE THE APPROACHING ETHEREUM MERGE.

Ethereum After The Merge

According to Vitalik Buterin, Ethereum 2.0 will be able to process 100,000 transactions per second. But The Merge is just in the first out of five stages away from the protocol’s incoming development.

The five stages are:

This is the discussed transition from Proof of Work to Proof of Stake when Ethereum’s current mainnet is merged with the Beacon Chain.

This is the phase that introduces sharding to the protocol. A scaling solution will divide the network into separate partitions called shards. These shards are designed to spread out the computational load on the mainnet.

This phase involves the introduction of “verkle trees,” which is an upgrade to Merkle proofs. The phase will help optimize data storage for Ethereum nodes.

This phase is similar to The Verge in that it concerns data storage for validators and will reduce the hard drive space required for the validators. This will, in turn, streamline network congestion.

This is the last upgrade. The phase is intended to help deliver a string of miscellaneous updates to ensure an overall smooth running of the network.

Top 5 Misconceptions About The Merge

Just as with every highly-anticipated event, many misconceptions are running around within the cryptocurrency community. Below are five of the most common ones:

It requires staking 32 ETH to run a node.

Gas fees will reduce after The Merge

The merge will not cause a reduction in gas fees. Although it will change the overall consensus algorithm, it will not expand the network capacity. However, scaling solutions are still undergoing development designed to reduce gas fees, most of which are targeted at layer 2s.

The transaction speed on the mainnet will remain relatively the same even after the merge, despite slight changes.

The merge will lead to overall network downtime

The Merge upgrade is set up so there will be zero downtime. The network will keep functioning the way it should at all times.

All staked ETH will be withdrawn after the merge

Validators leaving the network are rate limited. This is set in place for security purposes. There are limitations factored in that allow for approximately 43,200 ETH to leave per day. There is more than 13 million ETH staked at this time.

In general, The Merge is undoubtedly one of the most noteworthy moments in the history of cryptocurrencies as one of the largest protocols will undergo a major change. All these became largely aggravated now that there’s a timeline, albeit “soft.”