The whole NFT community has been trying to figure out the team behind the Goblintown NFT.

This NFT has gotten the attention of traders, even the hardened ones because of the sudden rise and success. While some NFT traders see the Goblintown as an NFT gone wrong, others have bagged the collection in its numbers already.

The totality of NFT Twitter discovered it is huddled virtually on Thursday 26th of May around space on Twitter. The live-audio Space on Twitter had a large audience in the first trading activity month before the boom of NFTs around August 2021.

The audience is composed of traders in their thousands, very popular investors, and influencers. The Twitter Space was the digital meeting point of the entire world of NFT, what made it so?

People gathered in their drones because of some grown men making goblin noises that were a bit difficult to understand. They spent about three hours talking about giving each person in that audience burgers and Gary Pee sauce.

They were referring to Gary Vee, an NFT influencer by making the statements. While they made the statement, they were sounding unintelligent to the audience.

The people who organized the meeting were the unanimous Goblintown.wtf traders. The Goblintown.wtf has been soaring on the wings of tremendous success since May 19 when its 10000 collections came into the NFT market.

All the goblins have accessories that are peculiar to them. Those who caught the sale of the goblin NFT quickly only paid transaction fees, which means that these people minted the goblin NFT for free.

In the long run, just a tiny fraction of the freely minted NFTs grows to be worth anything.

Within six days from launch, the price of goblin NFT went from free to $11,000 (6 ether). Those goblin NFTs that were not common rose to more than $30,000, which is almost triple the prices of common ones.

The rise caused a lot of confusion among NFT traders who are currently used to witnessing random NFT projects succeed. The NFT market sometimes can look like a stock meme market, and that is why the goblin prices confused most NFT traders.

It was weird to see people pay hundreds of dollars for arts that are almost not relevant.

It was normal to see other meme NFTs leave the NFT market after two or three days after launch, but somehow, the goblin NFT has captured the attention and the involvement of the entire NFT community.

In the last 30 days, Goblintown NFT has stayed as one of the most traded NFT. Since its launch, it has reached $43 million in trading volume. 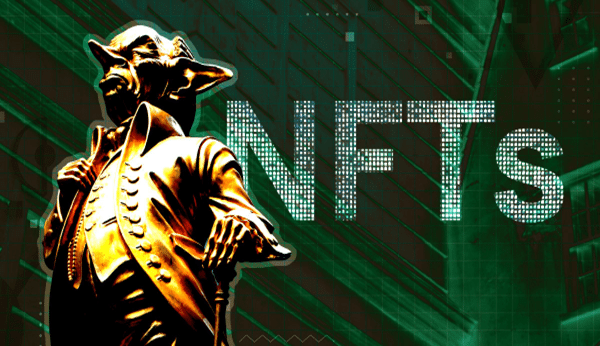 Reports from Cryptoslam shoes that the goblintown shows that the NFT has become one of the most traded NFTs reaching a trading volume of $43 million since it entered the market.

Cryptoslam says that goblintown sold its goblintown #6485 is the most expensive in its collection. This collection sold for 77.75 ether, remember that the Goblintown was a free mint NFT.

At this time when the goblin NFT was soaring in the market and riding on the waves of success, other NFTs like the blue-chip NFT collections dropped by over 50% in trading volumes.

NFTs in this category are CryptoPunks, Mutant Ape, Meebits, and BAYC.

As you have read before now in this article, the creators of the Goblintown NFT collection have kept themselves anonymous. Again, this attitude calls for eyebrow-raising and concerns because it is a very rare case in the NFT community for an NFT collection to do so well.

In the NFT community, when a particular NFT project begins to get traction and get successful, the team behind the project will be quick to make themselves known to the public. They will want everyone in the NFT community to know and praise them for their efforts in pioneering such a successful project. ‘

Goblintown however prefers to keep its creators unknown, you will not see much information about the creators in the Goblintown NFT whitepaper.

A lot of people are suspecting that the Goblintown lab may be connected to YugaLabs, the speculations are because Yuga Labs announced that one of its channels of revenue was Goblintown this year in a pitch deck that leaked.

People have also thought that the Goblin project was associated with Beeple, the suspicion however changed when Beeple denied associating with Goblintown.

Beeple called the Goblin project a pump and dump project with low efforts.

No Roadmap, No Utility, No Problem

Here is another amazing thing about this project; apart from the fact that the team behind the project is anonymous, they have no roadmap, utility, or discord.

The point is that they made this information clear on their website, Goblin is creating a new path in the NFT community.

Goblintown NFT has moved in a direction different from other NFTs in the community.

They did not focus on other things like a roadmap, marketing, and community building. Other NFT projects build their relevance on these factors.

As much as this marketing approach is new, it has become the selling point for the Goblin NFT. Goblin NFT has shown the NFT community that anything can happen.

The Goblintown has kept even analysts confused in their explanation. Most analysts say that the NFT is a representative of the crypto bear market. They have based their point of view on the fact that the goblins have LUNA tattoos on them.

Some others look like they are struck, meaning the project is a brilliant project and a dud.

What do you think about this project, should it be an NFT that should attract this kind of investment? Do you think it is a pump and dump? Leave your thoughts in the comment section.