Helium Miner: What is it and How Does it Work?

A Helium miner or Hotspot is a wireless device that uses radio technologies for HNT minting and rewards HNT tokens for providing coverage.

Mining aids in the verification of the transactions conducted by a blockchain network like the Bitcoin blockchain. Miners can start mining cryptocurrencies using hardware such as a central processing unit (CPU) or application-specific integrated circuits (ASICs).

Otherwise, they can use their phones powered by iOS and Android to mine the cryptocurrencies of their choice. But how about mining digital currencies by a decentralized wireless network?

It may sound Strange, but miners can now mine cryptocurrencies without depending on expensive Infrastructure. Helium Network has made it possible to allow nodes to act as hotspot devices.

Suppose you’re curious about knowing all the details about the Helium ecosystem, HNT hotspot miner, Helium miner, and its working. In that case, this article is for you.

IoT devices can communicate with one another by LoRa, thanks to the open LoRaWAN protocol. IoT devices are smart “gadgets” connecting to an exchange and network data, which offers a more detailed range of connectivity than wifi.

Helium blockchain was introduced exclusively to encourage the development of real, decentralized wireless networks. With Helium, anyone can manage and possess a wireless IoT network by using a unique, portable radio router called a hotspot. Hotspots are wireless plug-and-play devices that offer superior connectivity than wifi.

Most miners use hotspots for building The People’s Network, a long-range wireless network providing coverage for IoT devices with the least power requirements in exchange for Helium (HNT), the Helium blockchain’s native digital currency. 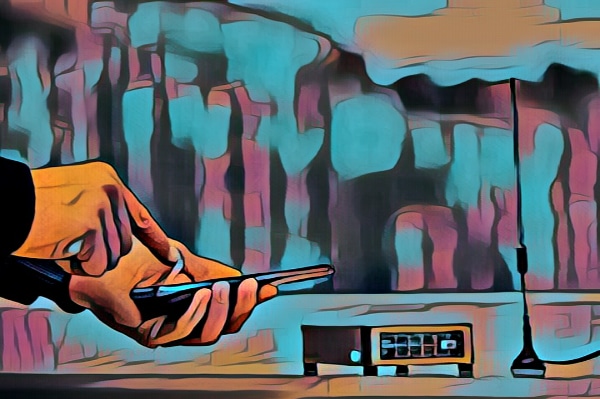 Proof-of-coverage (PoC), a novel work algorithm, is mainly used by the Helium blockchain to confirm that hotspots accurately describe their location and the wireless network coverage they are producing from it.

Radio waves are used during this mining process, and hotspots are rewarded, which helps in witnessing peers’ performance, completing PoC challenges, and sharing device data. The most valuable tool for analyzing data lined to POC is the Helium Network Explorer.

However, why would someone select Helium Network over their standard internet service provider?

Furthermore, users don’t need to bear charges that a cellular provider may impose, like overage fees or the cost of additional hardware such as a SIM card. Also, users can pay for the data they used for connecting their devices via the Helium Console to start using the Helium Network.

What is a Helium Miner?

Helium miners use specialized hardware called hotspots to offer the Helium network wireless network coverage. Constructing or getting a WHIP-compliant hotspot and staking a token deposit corresponds to the density of other miners operating in their area. In this way, users become miners on the Helium network.

Furthermore, Helium Wireless protocol, also known as WHIP, is a network of independent providers rather than a single coordinator, offering a bi-directional data transfer method between wireless devices and any internet source.

The task of verifying to the hotspots that device data was sent to the desired location and that the miner should be compensated for their services falls on internet applications that tend to buy the encrypted device data from miners known as routers.

Mining and expanding The People’s Network’s coverage with suitable hotspots, miners gain HNT. The reward amount is directly related to the data miner traders and transfers that are more money when miners transfer more device data.

Furthermore, the network automatically and randomly assigns proof-of-coverage tests to verify the location of hotspots. Hotspots may get directives or challenges from validators for communicating payloads to nearby hotspots for verification and observation to participate in POC.

These challenges are also known as “beacons.” But, as they can only mine HNT for data transfer and can’t have their beacons confirmed, HNT hotspot miners without neighbours get meager money.

Furthermore, each compatible device needs data credits (DCs) for sending data to the internet. DCs are created by burning HNT to achieve a burn and mint equilibrium (BME), which lessens the total supply of HNT.

The BME model utilizes tokens as a proprietary form of payment. However, customers who wish to use a service don’t directly pay a counterparty. Instead, they burn tokens.

Setting Up a Helium Miner

As mentioned earlier, a hotspot miner, antenna, smartphone, cables, and router are the prerequisites for setting up a Helium miner. However, how to find the best Helium miner?

Finding a suitable Helium miner depends heavily on one’s geographic location and the position of  one’s antennae. An understanding of how to set up a helium miner is given in the following steps:

Downloading and setting up a Helium App

The initial step includes downloading a Helium App and setting up your account. Afterwards, a Helium wallet will be generated that users can use for storing their information.

An application will make a 12-word seed phrase for backing up your Helium wallet. The app will also enable you to create a 6-digit pin that you must enter each time you log in as an additional security measure.

The next step is to find out the plus symbol for adding a Helium miner. For instance, the RAK hotspot miner to the app. The chosen miner needs to be plugged in for an operation, and a tiny red light will confirm that it is working.

Afterwards, you need to press a button on the back of the device for Bluetooth pairing and configure wifi.

Selecting the Hotspot, verifying its location, and setting up the antenna

Everything is almost done. Now, you just need to choose the Hotspot, verify its location, and set up the antenna.

Is it really worth it to mine Helium?

There are no certain promises in the crypto industry, given its volatility. Helium hotspots execute device data transfer and prove coverage challenges with other nearby hotspots, thereby sending signals for creating a decentralized wireless network.

However, how much Helium miners make is quite interesting to know? Miners gain data credits from HNT tokens for successfully finishing their tasks.

However, the rewards rely on the angle of the antenna and the geographical location. That said, the higher the antennas are set, the more the radio frequency will travel. Resultantly, one can mine more efficiently and get paid for it.

On the other side, Helium may produce less than 100% results in a hilly area due to signal issues. Besides, always conduct due diligence about the project you want to invest in to protect yourself from unbearable losses.