Can Crypto Platforms Be Affected By Internet Outages?

When you belong to the crypto industry, you can’t ignore the relevant issues, such as internet outages. This is one of the crucial factors to consider and pay attention to. While some security issues exist, there are many internet outages like the one witnessed across the EU, which recently can’t threaten digital currencies on their associated networks.

Various parts of America, Europe, and Asia were without internet due to many undersea internet cables being “cut”, causing a chain reaction of connectivity issues worldwide. Italy, France, and Spain faced important outages, with many experts claiming that vandals were to be blamed for the same.

An American cloud security company claims that undoubtedly nefarious third-party agents are baled for the cut cables that resulted in the packed loss of data and latency for many applications and websites, thereby adding that despite their best-efforts authorities have been unable to pin down the individuals who are responsible for the attacks.

In addition, it bears mentioning that during the last few days, there has been a slew of cut internet cables in and around the UK. For instance, an underwater submarine cable was slashed near the coast of Northern Scotland. Many reports show foul play from rival government agencies with the tense geopolitical situation in Europe, particularly amid the Russian-Ukrainian War.

These events show how such events can significantly affect cryptocurrencies, particularly from a network resiliency and security perspective.

Internet Cuts And How It Affects The Digital Assets

It is reported that the areas affected by recent cable cuts and internet disruptions account for only 3% of Bitcoin nodes worldwide and only about 3% of Ethereum validators, showing that the decentralized nature of these two most extensive digital asset networks counters the effects of such attacks since the flow of transactions streams to nodes with internet access and connection to the blockchain. Further, Nikolay Angelov says:

“Not to undermine the seriousness of the incident, but such localized events cannot have a lasting effect on cryptocurrencies, as other active nodes can still validate blockchain transactions. In other words, almost every Bitcoin node has to lose an internet connection for the blockchain to seize. Admittedly, it’s been a massive inconvenience, but a temporary one at that.” Furthermore, Nukri Basharuli, the founder and CEO of SuperProtocol, says the same about the scenario. He says people need to understand that decentralization is not a silver bullet. If you pull the plug, you will feel the results. In this regard, Web3 is highly resistant to breakdowns emanating from cable cuts due to its design. He further added:

“Such scenarios constantly happen where nodes constantly switch on and off while the stored data remains intact and fully accessible. The network will automatically reconfigure itself to provide the highest quality service possible,”Some concerns do exist.

Further, he elaborated by saying that he noted that as adoption is rising, many software companies will continue to use reusable infrastructures for running nodes, thereby providing blockchain data feeds and other relevant tasks. He then added:

“These companies consolidating their infrastructures could spur a centralization of their networks. For example, if all Ethereum validators were to run in one AWS region, the region going down could take down the network. This problem is less prominent in Bitcoin, but I expect mining hubs to become targets over time.”

It is essential to understand that we live in a technologically advanced era, one where vulnerabilities associated with cable internet connections seem to become a thing of the past thanks to the advent of innovations like Starlink, which is against acts of vandalism.

Herbert Sim, who is an advisor at Solidus AI Tec, an AI infrastructure provider, says that:

“Major blockchains have millions of users around the world. What this means, in essence, is that unless this sort of outage simultaneously affects millions of computers in different parts of the world at once, it does not have a chance of affecting the safety of digital assets.” 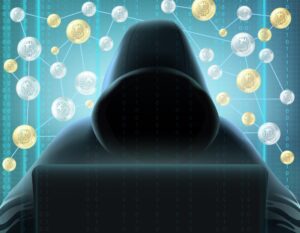 Similarly, Angelov believes these outages show safety risks to crypto networks, primarily in theory rather than practice, since most blockchains can adjust their performance to reflect geographical power and internet outages by decreasing their mining difficulty when there are less of active nodes due to these outages.

“This, in turn, can pose risks to network security, as fewer nodes or validators execute transaction verification, but as mentioned above, many nodes must be affected for this to happen, which is not the case currently. Transaction processing times are less likely to be impacted as, for Bitcoin’sinstance, its blockchain is designed to decrease mining difficulty when the hash power lowers to maintain a steady number of transaction blocks,” he said.

Basharuli claims that as far as security and connectivity issues are concerned, like the one mentioned above. This could potentially open an attack for criminal activities, where they can imitate the behaviour of the nodes that went off the grid and convince others that some transactions are valid.

“Then again, making such an attack impossible is part of the design 101 rulebook for decentralized networks,” he added.

To counter such problems, Basharuli says that developers could leverage the latest technologies in the market, like IntelSGX, designed to make confidential computing possible. Further, he closes out by saying:

“Confidential computing protects the data in the very moment it’s being processed, which leaves no entry point for the malicious actor to somehow temper with it, or even get a glimpse of what’s happening inside the system.”

These outages attack many validators that can cause problems for particular networks. One crucial factor in this regard is the majority of infrastructure for many projects, and the cloud provider space is divided among two or three major players. Among these players, some locations are typically preferred by developers due to their proximity to the development hub.

For instance, the US east coast developers tend to prefer servers in Virginia. The usage of cloud data centres, therefore, is divided in correlation with the locations of the development teams. Further, network partitions at scale aren’t something developers have in mind when making systems.

“Network connectivity has been a luxury we have taken for granted. In reality, we need truly decentralized cloud infrastructure, but the technology isn’t there yet,” he said.

The great thing about blockchain technology is that it avoids the most significant flaw of traditional computer networks: the lack of decentralization. In this matter, Sim believes that as long as we continue to have the power of various networks concentrated in many computers, outages will always affect them.

So, as we consider the future of internet outages and other such problems, it stands to reason that more and more crypto users and developers. It will continue to understand the true potential of blockchain technology and move in a decentralized direction.

At the moment, the effects of internet outages on cryptocurrencies are not so significant. However, as the technology grows, developers are looking for ways to provide scalability on blockchain networks.

- Advertisement -
Previous article
Crypto Mining With Your Mobile Phone: How Does It Work?
Next article
Bitcoin Hash Rate: What Does It Mean And Why Is It Important?