Bitcoin Hash Rate: What Does It Mean And Why Is It Important?

The amount of processing and computing power given to the network via mining is called the Bitcoin hash rate. A fixed-length alphanumeric code shows any length of words, data or messages known as a “hash”.

Blockchain technology is the basic foundation of Bitcoin and many other cryptocurrencies. The Bitcoin network is formed by blocks forming a chain dependent on one another. Blocks are akin to files containing information about the most recent transactions made throughout the network.

Smaller blocks need fewer processing resources for validating since they behave like data files. Hashing comes into play during this situation. Hashing confirms the integrity of the network transactions, and BTC is given to network or hashing participants as a reward.

So, What does the hash rate mean for cryptocurrency investors and miners?

Calculating a hash rate may help individual miners in predicting their profits. But, as cryptocurrencies are mined with many types of mining equipment, the hast rate of each machine is different. Since varying processing speed, power, and memory levels are needed for mining, the network hash rate increases when mining equipment is upgraded or vice-versa.

The network is designed to release a particular quantity of Bitcoin at a time, but a more robust network doesn’t necessarily lead to Bitcoin being mined more quickly. The number of miners in the network, mining difficulty and, ultimately, miner profitability is all affected by changes in hashing power.

Moreover, the mining challenge increases when more miners join the network as it involves more people making more guesses per second for solving the complex mathematical equations for the block reward. Resultantly, the hash rate increases as the difficulty of the Bitcoin network increases.

In the same way, the hash rate is an essential factor for cryptocurrency investors in how safe a crypto’s proof of work network is against hackers. That said, the network attacks become more expensive and challenging as the hash rate increases.

A significant indicator of a blockchain network’s strength, mainly its security, is its hash rate.

So, what happens if Bitcoin’s hash rate increases?

Legitimate miners devote the hash rate increases as more machines find the next block, signifying that the network’s total computation power is high and it is difficult for malicious actors to intervene with the network. Nonetheless, the majority hash rate controller could reverse his payments by reorganizing payments, thereby leading to double spending issues because of the network’s hash rate fall. 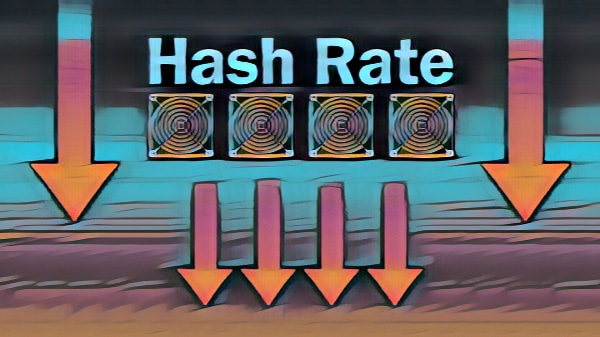 A decline in hash rate exposes the network to cyber criminals and crypto heists because of the low cost of executing around 51% of attacks. Additionally, a lower hash rate makes cryptocurrency less decentralized, posing a significant risk to crypto investors. To safeguard its users against losing funds, crypto platforms could stop trading or delist a currency if the hash rate suddenly drops.

Is a network’s security reflected in its high hash rate?

Identical to the majority of PoW crypto, a more critical hash rate is considered to be better for the stability and security of the blockchain network as it shows more energy costs, more time, and more miners needed to take over the network.

The SHA-256 cryptographic hashing function, converting any input data into a 256-bit string, is one of the technologies that use Bitcoin to measure its hash rate. Because of the one-way nature of this function, it is pretty easy to determine the hash from input, but not the other way around.

A hash rate is shown in trillions, billions, quadrillions and quintillions, which measures how many calculations can be carried out each second. For example, a hash rate of 1 BH/s shows that one billion estimates can be made every second.

However, how is Bitcoin’s hash rate measured?

Exahashes per second that are equivalent to one quintillion hash are used to express BTC’s hash rate. The overall network hash rate may be roughly calculated by drawing a comparison of the time between mined blocks with the network’s difficulty at a specific time.

So, what is mining difficulty?

The mining challenge shows how tough it is for miners to produce a hash lower than the desired hash, which is done by lowering the hashed block header’s numerical value. On average, Bitcoin is found every ten minutes. But, if BTC is discovered less frequently than the average time, the difficulty decreases or vice-versa.

Furthermore, it is essential to note that the Bitcoin network’s mining difficulty automatically varies after 2,016 blocks are mined. Hence, the difficulty can be adjusted upward or downward based on the quantity of miners and their combined hashing power in the mining network.

So, what is the hash rate of Bitcoin right now?

Though the special hashing power of Bitcoin is unknown, it can be concluded from the number of blocks currently being mined and the block difficulty level. Therefore, a critical concern is raised here: How to monitor Bitcoin’s hash rate?

Blockchain.com offers estimates of Bitcoin’s current hash rate, which is around 224.383m. 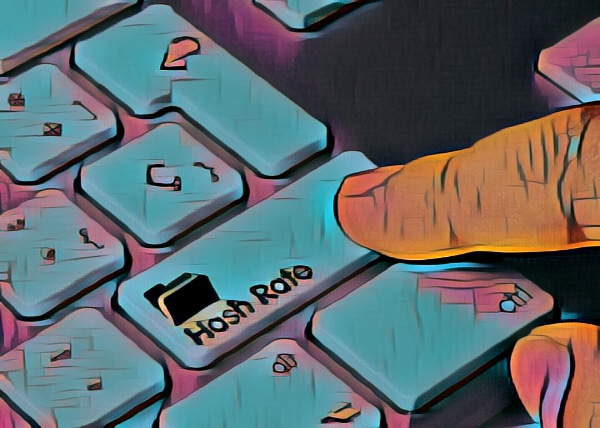 The significant drivers of Bitcoin’s price may include mining profitability, computational power, and network difficulty as miners are compensated in BTC. In contrast, incurring costs in local currencies, the hash rate follows the price.

That is well said; the more computational power the BTC network employs, the higher the value. In addition, rational miners are only willing to mine Bitcoin if it gets them great profit which shows that any digital currency with no demand for it would have no worth. Also, the miner would redirect its resources to other currencies.

Furthermore, the network difficulty can be used as a stand-in for total mining power. This premise is explicitly backed by the algorithm behind the BTC network, which indicates that difficulty readjusts to make up for decreasing or, in the opposite scenario, mitigate the impact of growing mining power.

Fluctuations in the price of BTC are essential not only for purely speculative reasons but also for how it affects the energy consumption of the BTC network and the behaviour of miners in the future. Additionally, there has long been a belief that the hash rate or the total number of computations performed by most Bitcoin miners and the price of Bitcoin are correlated.

Nevertheless, this notion may seem wrong as a manufacturer’s level of effort in providing a service has no bearing on the price consumers pay since producers are price-takers in competitive marketplaces.

Contrarily, this may not be true for the BTC market, though, as there are only a few mining pool operators coordinating their operations to control the market price.

Moreover, the inelastic nature of the BTC supply and the intense competition in the mining industry may drive miners to act differently.

- Advertisement -
Previous article
Can Crypto Platforms Be Affected By Internet Outages?
Next article
Crypto.com commits to proof-of-reserves after freezing some deposits and withdrawals