The WWW (World Wide Web) has been a major communication medium between people on the internet. People have used the world wide web for various types of interaction and data exchange.

Over the years the World Wide Web has witnessed a dramatic change. The applications on the Web today are so different from the applications there when the Web started. There have been three stages of web evolution Web 1.0, 2.0, and 3.0.

The content creators of the Web 1 were web developers who designed websites using materials given in graphic or text format mainly. Web 1.0 was the internet from 1991 to 2004.

The materials on the Web 1 websites were static. The supply of HTML data and content of Web 1.0 was through a stationary system of files instead of from a database. Web 1.0 created very few opportunities for interactions.

The current version of the internet is Web 2.0. It is a social web with a read-write interaction feature. What it means is that you do not need to be a developer before you can be part of the content creators in Web 2.0. There are so many apps on Web 2.0 designed to allow users to create content primarily.

Most of the apps on Web 2 like Instagram, Twitter, LinkedIn, and Youtube were not like this at the beginning of Web 2.0 Internet. Comparing how they were, and the level of transformation that has occurred with them, these apps go through the following processes. 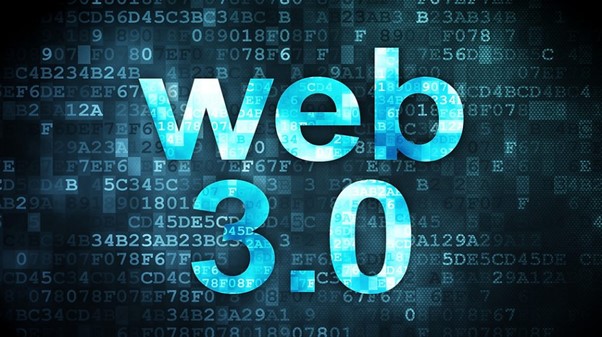 The same kind of blockchain is used for facilitating transactions in cryptocurrencies.

The selling point of Web 3.0 is the decentralization feature, which means that power will leave the hands of a few major internet controllers like Facebook, Google, and Apple. Individuals will now have the power to control and decide what happens in some internet sections.

Web 3.0 is a permissionless internet. This means that it will be out of reach of central authorities. These centralized bodies will not have the power to decide who accesses the various internet services.

The internet of the future will not need a trusted third party for transactions to happen between more than one party. Web 3.0 will ensure that the data of users are safe and secure. The presence of centralized authority makes data collection possible.

It means that they will decide who they want to give their data to and who to keep it from. By doing this, they will be technically protecting their data.

Another name for Web 3 is Semantic or read-write-execute Web. The dispensation of Web 3.0 started in 2010. While Web 2.0 will use human language and keywords to enable data analysis on computers, Web 3.0 will use Machine Learning and Artificial Intelligence.

The use of this ML and AI will help in generating and sharing valuable content intelligently based on the needs of the users.

There are some distinctions between Web 2.0 and Web 3.0, but the major one is decentralization. Web 3.0 will be the decentralized version of Web 2.0, allowing users to create apps that run on multiple servers or databases.

Web 3.0 has apps that are developed on blockchain technology. These apps will be decentralized networks of many P2P (Peer to Peer) servers or nodes. Sometimes the apps will be a hybrid of the Peer to Peer servers and nodes.

The developers of networks get rewards when they develop and deploy services with excellent quality for ensuring a more secure and stable decentralized Web 3.0 network.

There are various Web 3.0 components (DApp is just one of them), and these components are getting massive traction. Out of all these components, the most talked about is Decentralized Finance or Defi for short.

The idea is simple; it is the ability to carry out real financial transactions without the interference of controlling agencies like governments, banks, or other financial institutions. These transactions will be possible through the blockchain network.

A lot of major international firms are heavily investing in Web 3.0, and one might just believe that the reason is so that they will get control of Web 3.0.

Mufasa
Mufasa is the lead writer at CryptoMufasa who likes to share all the latest info on the crypto world with you! Mufasa Enjoys enjoys a good read and recommendations so don't forget to comment on the posts and let him know.
Previous articleDogecoin has grown by 78,000% since its record low.
Next articleThe 4 Key Factors Influencing The Price Of Crypto

Every trader has recollections of transactions that seemed extremely obvious to them before they entered them, but once they were in the trades, the...