Metamask has released an eye-catching announcement, stating that iOS users may now use Apple Pay to purchase cryptocurrency in their Metamask wallets.

MetaMask, the most popular and extensively used Ethereum wallet, has recently released several new features and improvements for its customers.

The most significant of the recent updates announced the release of the mobile version v 4.3.1 of MetaMask on March 29, 2022, with the addition of the WYRE API which enables iOS users to use Apple Pay for buying crypto and NFTs using credit, debit, and prepaid cards.

Owned by ConsenSys Software Inc, MetaMask is a wallet application available to iOS and Android users and as a Browser extension for computers. Users can add their existing Ethereum wallets to the MetaMask and even store collectibles such as NFTs [nonfungible tokens] built on the ERC721 chain.

Users can connect virtually to any Ethereum-based platform and decentralised applications [dApps] using the MetaMask. Apple Pay users can deposit a maximum of USD 400 daily to WYRE using Visa or Mastercard for buying crypto from MetaMask without needing to deposit Ethereum. 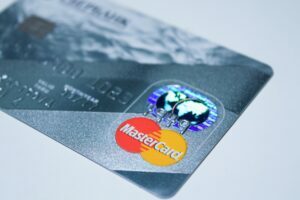 Users can select WYRE in their MetaMask [available card payment methods in MetaMask are Transak and WYRE] and after verifying the KYC [know your customer] the deposit can be made to buy Ethereum or other Ethereum-chain [ERC] coins.

WYRE usage is said to bring transparency while interacting with sites and will support gasless transactions in some cases. And we all are aware that ETH transactions are way too high because of the gas fees.

The Series of Developments

New features that were announced include:

The new security features will allow users to see which contract or dApp is requesting access and users can accept or reject them from within the MetaMask and label them to recognize in the future.

Any actions of swap, mint, exchange, moving of coins, or whatever functions available through the MetaMask will require users’ approval of the contract addresses first in order to be executed.

According to a recent update dated 7th April 2022, scammers have already devised out a way to make the users panic, so that they will approve or revoke the permissions to particular malicious dApps

Prior to the updates of the Metamask, its developer and creator ConsenSys Software Inc had announced in a press release that as of January, monthly active users [MAUs] of MetaMask have reached more than 30 million.

The valuation of ConsenSys reached more than $ 7 billion in March, which is almost double its valuation 4 months back.ParaFi Capital led Series-D fundraising which ended in March has raised $ 450 million for ConsenSys.

Although MetaMask has been primarily used by individual consumers to navigate Web3 by storing Ethereum and other cryptocurrencies across a wide range of applications.

It has expanded its client base to also include large businesses and investment professionals who are using its services to onboard themselves onto the blockchain.

Big names such as Microsoft, Sound Ventures, C Ventures, and some other big companies have joined in Crypto software company ConsenSys.

ConsenSys had announced that the funding will be utilised in hiring 600 new employees globally, and for the continued reinvestment in development and tooling for the Ethereum ecosystem.

Mufasa
Mufasa is the lead writer at CryptoMufasa who likes to share all the latest info on the crypto world with you! Mufasa Enjoys enjoys a good read and recommendations so don't forget to comment on the posts and let him know.
Previous articleNFT, Metaverse, and Crypto Regulations.
Next articleNexo’s Earn Interest Products include ApeCoin (APE).