Coins vs Tokens: Everything you need to know

Cryptocurrency experts use many sets of words interchangeably; the most inter-used words are “token” and “coin.”

Though all coins are tokens, not all are considered coins. But what does this mean? Let’s look at what and how they differ.

Initially, the design of decentralized payments solutions is a distributed ledger system storing data about transactions performed using a native cryptographic asset. This asset is known as a coin. It is the only asset supported by the blockchain.

These “coins” are the only recognized means of exchange for anyone using this blockchain. They represent the technological abilities and the financial structure of their parent blockchain. The major characteristics specific to “Coins” are:

For instance, miners on the Bitcoin blockchain are able to earn bitcoin as their reward. Also, there is a gas fee on Ethereum which are paid in Ethereum.

The blockchain is basically a decentralized system where data is usually protected by the various computers connecting to its network and running a node. The PCs connected to the network secure the blockchain thereby validating blocks.

The process by which they validate these blocks is called a consensus mechanism. Blockchains running a POW (Proof-of-Work) consensus mechanism reward “miners” for solving challenging mathematical problems by using brute force. The validators in a Proof-of-Stake (PoS) blockchain are also rewarded similarly.

Some coins are taken as a store of value. An example of this is BTC, offering an alternative to traditional banking. Bitcoin is working as a store of value. The reason is that only 21 million coins can be there in circulation, and the provable scarcity of bitcoin makes it a reliable and efficient store of value in the crypto space.

May Have Unique Chain-Specific Use Cases 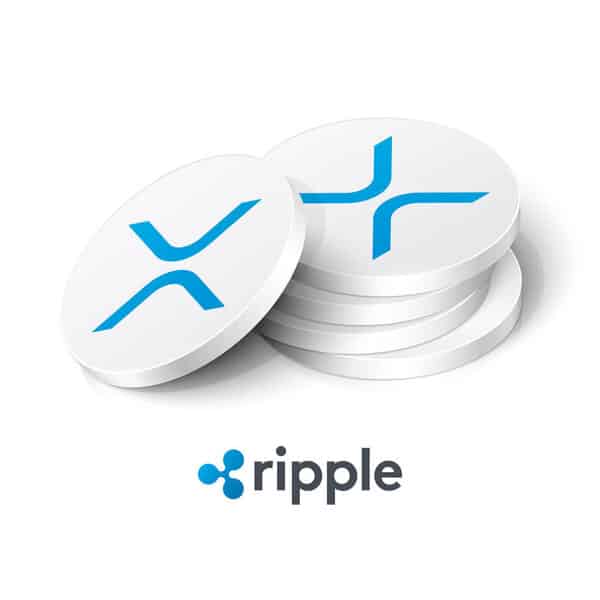 XRP by Ripple is used for addressing cross-border payment problems by leveraging the power of the blockchain. It is the underlying medium of exchange between banks, digital asset exchanges, and payment providers, enabling real-time settlement and lower transaction fees.

For instance, it takes around 2 days for international money transactions in the traditional remittance market. However, the average transaction time using XRP is 4 seconds, with a transaction fee of 0.00001 XRP usually before load scaling.

Creating a coin is more complicated than creating a token. Therefore a blockchain can have only one coin but many tokens built on it.

The digital asset characteristic of blockchains enables the creation of unique and efficient digital assets utilizing the blockchain’s infrastructure for functioning, as observed in Ethereum’s ERC-20 token standard.

Also, these assets can be transferred between users. But, fees for these transactions are paid in the native coin of the blockchain and not in such digital assets. Tokens need to serve some purposes, including:

Tokens can represent assets by a process called tokenization, enabling anyone with the ability for representing anything on the blockchain. Cryptocurrency tokens are being used for representing rare metals, real estate properties, and much more.

For instance, assets can be created on the blockchain for representing a whole company’s equity. Companies can issue tokens just as they issue bonds and shares.

The invention of EVM (Ethereum Virtual Machine) enabled new applications for building on the blockchain. These may include Defi platforms, AI systems, gaming applications, and many more.

Decentralized applications take advantage of smart contract technology for issuing tokens giving their holders many privileges while using the application.

Crypto projects for properly decentralizing their management adopt Decentralized Autonomous Organization (DAO) approach to governance. DAOs are loosely organized collectives with a “flat” hierarchical structure centred around a shared mission or cause.

In crypto DAOs, rights to participants are tokenized, and each token holder is considered a member of a decentralized autonomous organization. Via voting portals, members can vote on proposals, submitting their improvement suggestions for voting by the rest of the holders.

Other than accessing the platform’s utilities and voting on proposals, these crypto projects are exploring unique ways of rewarding their investors when they purchase and hold their tokens, like staking.

Staking lets investors earn by locking up their tokens in a smart contract. Via staking programs, holders benefit from the token distribution process.

The most prominent similar feature between Coins and tokens is that both of them can be run on the blockchain. It can be transferred between peers. Moreover, Coins can be used for tokenization, and they might serve as utility or governance tokens. Also, they might have blockchain-specific use cases.

Tokens usually don’t have their blockchain and need to be more advanced to use the consensus system of their parent blockchain for generating tokens right now. Instead, the project teams elaborate on terms of token issuance, which the project’s DAO may modify.

Eventually, coins and tokens have their use cases, and their success relies on the project. Before investing in either, you need to understand to do your research, thereby checking on the project’s tokenomics for determining if the project makes senesce and is sustainable for the long run.

- Advertisement -
Previous article
What Is Spot Trading And How Does Spot Trading Work In Crypto?
Next article
Genesis, a cryptocurrency lender, allegedly owes clients of Gemini $900 million.