CoinMarketCap has launched a proof-of-reserve tracker for crypto exchanges.

CoinMarketCap launches proof-of-reserve tracker for crypto exchanges. By displaying the total assets, public wallet addresses, balances, and values of the wallets shown, the tool enables users to keep monitoring the reserves of exchanges.

The top market researcher and tracker in the cryptocurrency industry claims that a new tool on CoinMarketCap’s platform has been created that gives customers the most recent financial information on exchanges.

The proof of reserves (PoR) tracker examines the active cryptocurrency exchanges in the market for transparency regarding liquidity at any given time. The tracker provides information about the company’s overall assets, as well as the associated public wallet addresses, balances, and values of the wallets.

Every five minutes, according to CoinMarketCap, the PoR trackers will update their data. The company tweeted a user manual for the tool on November 22.

Binance was the first example in the five-part Twitter discussion, with about $65 billion listed in its total wallet addresses. The following exchanges also provide PoR data: KuCoin, Bitfinex, OKX, Bybit, Crypto.com, and Huobi. 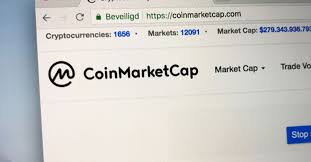 Changpeng “CZ” Zhao, the CEO and co-founder of Binance, retweeted the CoinMarketCap development and included a link to Binance’s page. On Twitter, some members of the crypto community have referred to this function as a “great transparency addition.”

Following the continuing FTX liquidity and insolvency crises, CZ was among the first to promise to give evidence of reserves.

On November 10, it published proof of assets that included wallet addresses and transactions. CZ continued by saying that what is already accessible is only the preliminary form of what will soon be made accessible via Merkle Tree PoR.

Many other platforms in the market started disclosing their financial reserve and liquidity statistics in an effort to be more transparent after Binance set the standard. Some of the first companies to release their own data were Chainlink Labs, Bitfinex, and Bybit.

Grayscale, a provider of cryptocurrency investment products, has chosen to withhold its on-chain PoR, citing security concerns. It did disclose a letter from Coinbase Custody confirming the complete backing of Grayscale’s cryptocurrency holdings, but it withheld the wallet addresses.