All About Yield Guild Games (YGG)

Yield Guild Games (YGG) is a play-to-earn gaming guild built on the blockchain. NFT assets are invested in by a global community, which brings up blockchain participants from all over the world.

Their goal is to build a community of gamers and investors who will help one another get started in the NFT gaming industry and develop.

While the P2E trend has captivated millions of people worldwide, gaming NFTs are out of reach for many players, particularly in underdeveloped nations. Yield Guild Games is establishing a P2E community and providing a mechanism for these gamers to begin playing NFT games.

Yield Guild Games (YGG) is defined as a Decentralized Autonomous Organization (DAO) that invests in blockchain games’ non-fungible tokens (NFTs). These games are a subset of the metaverse, which is a larger idea.

The phrase “metaverse” refers to several aspects of blockchain-based digital worlds, such as digital land, digital assets, and so on.

In 2018, the notion of establishing a global play-to-earn games industry arose. Co-founder and CEO of YGG Gabby Dizon saw the growth of blockchain gaming in Southeast Asia.

Many gamers wanted to enter into the popular NFT game Axie Infinity at the time, but they could not afford to acquire the in-game NFT characters known as Axies.

Relatable: NFT Games: How Do They Work?

YGG was founded on the idea of building long-term virtual economies and encouraging its members to prosper in them.

What Is the Process of Yield Guild Games (YGG)?

Yield Guild Games (YGG) has a one-of-a-kind business model. It adds value to the real world by creating new virtual worlds and maintaining a digital economy, which is also known as the metaverse.

The YGG DAO platform’s main source of revenue is the ownership of YGG-owned NFT assets (but they can also be rented!). Guild members use these assets as a trading currency to obtain in-game rewards, whether they own them or rent them.

The buzz around NFT ownership is undoubtedly true this time, as the NFT’s price is determined by the economic value of in-game goods – the higher the digital asset’s price, the higher the NFT will sell on the open market.

It is currently possible for users to farm or rent NFT assets, according to YGG’s official website. The current method for cultivating and renting NFTs is centralized because the existing ERC-721 standard does not allow for this functionality.

YGG will construct a smart contract to issue ownership tokens or a database to track ownership and rental assets in this way (a cost-effective option, because no gas is required).

All NFTs and digital assets on YGG are housed in the YGG Treasury, which is administered by the community. Each SubDAO receives NFTs from the treasure, which contains P2E assets from several blockchain games.

How Do a Play-to-Earn Game Meet YGG’s Criteria? 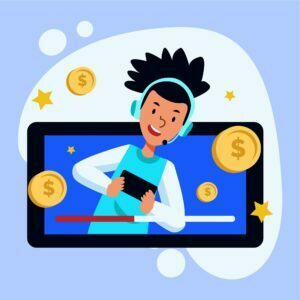 For play-to-earn games to be considered by the DAO, they must meet three requirements.

The games must include:

YGG’s founders think that DeFi tokens and the worldwide gaming sector have grown exponentially in recent years and will continue to do so in the future.

YGG aspires to create a global community where players who enjoy play-to-earn games can connect with one another and compete for in-game incentives.

Players can earn money by selling or renting their NFT assets (which are held by YGG) for a fixed price.

Players in The Sandbox NFT game, for example, can sell or rent their land, whereas players in Axie Infinity can rent their Axies to other players (on a profit-sharing basis), and so on.

Yield Guild Games (YGG) welcomes members of the community to participate in the DAO by making suggestions and voting on major project decisions.

Gamers in the DAO receive continuous R&D in order to arbitrage on the development of yields by taking initiative in metaverse-related games.

The YGG DAO implements an NFT rental program called as scholarships to increase the value and usability of gaming NFTs.To help both NFT owners and play-to-earn gamers, the proposal was first put out by the Axie Infinity community.

Axie owners can offer their gaming assets to new players in Axie Infinity in exchange for a percentage of their in-game benefits. The process is carried out using blockchain smart contracts, with scholars only being able to utilize the NFTs in-game.

The NFTs can only be traded or transferred by the management (owner).

Similarly, YGG offers new players scholarships based on a revenue-sharing model, in which they can receive NFT assets to begin playing and earning in-game prizes.

The scholars do not have to put any money down up front, but they do have to share a portion of their gains with their managers.

New players will receive instruction and guidance from community managers in addition to NFTs.

Yield Guild Games (YGG) is an ERC-20 token that allows holders to vote on the governance of the Yield Guild Games DAO. It has a total quantity of 1 billion tokens, of which 25 million were sold in a SushiSwap Initial DEX Offering (IDO) in 2021.

YGG has set aside 45 percent of the overall supply to be delivered to users over the course of four years in order to support the community.

YGG is the platform’s native token, and it is used to pay for network services. It can also be used to unlock unique material on the YGG Discord channel or staked to earn goodies in the YGG vaults.

YGG is creating a decentralized community in the real world with a unique revenue-sharing mechanism. Through a unique gaming economy, it allows users to prosper in these virtual environments.

NFT guilds like Yield Guild Games could benefit from the flood of newbies and crypto enthusiasts wanting to explore play-to-earn NFT games as an alternative source of revenue as metaverse initiatives grow in popularity.