Nuri, a German crypto bank, asks its 500K users to withdraw money before it shuts down

Users are urged to withdraw their funds before the deadline of mid-December because Nuri will continue to provide cryptocurrency trading services through the end of November.

As the firm gets prepared to shut down and liquidate the business, German crypto bank Nuri has urged its 500,000 customers to withdraw funds from their accounts, continuing to make it another casualty of the bear market of 2022.

Following its announcement that the company had filed for bankruptcy amid the financial strains of Crypto Winter, Nuri first disclosed liquidity problems in August. The business will carry on, as usual, it stated at the time, while it worked on a restructuring plan and secured a buyout, but an acquisition has not taken place.

The CEO of Nuri, Kristina Mayer, wrote in a blog post on October 18 that despite company’s best efforts, it will not be able to continue its operations.

Nuri is terminating all business activities. As of 18.12.2022, we request that our customers withdraw their assets and funds. I appreciate you being a part of the Nuri community.

The following is a letter from Kristina Walcker-Mayer, our CEO: https://t.co/gdOOeoOKDs

Nuri is closing down its business operations. We ask our customers to withdraw their funds and assets as of 18.12.2022. Thank you for having been part of the Nuri community! 💜

Here is a letter of our CEO Kristina Walcker-Mayer: https://t.co/gdOOeoOKDs

Nuri is urging users to withdraw all of their assets before the deadline of December 18, in contrast to insolvent cryptocurrency lender Celsius, which restricted user withdrawals before things went south.

All funds are accessible to customers and will be available for withdrawal up until the set deadline. Your Nuri account’s assets are all secure and untouched by Nuri’s bankruptcy. Trading will continue till 30/11/2022

The challenging economic and political environment in recent months prevented us from generating additional funds or finding an acquirer, Mayer said, adding that “this year, the problems have proven insurmountable.”

“On top of that, the bankruptcy of one of our key business partners made things much worse and pushed us over the edge. Nuri was forced to file for temporary insolvency in August of this year as a result. 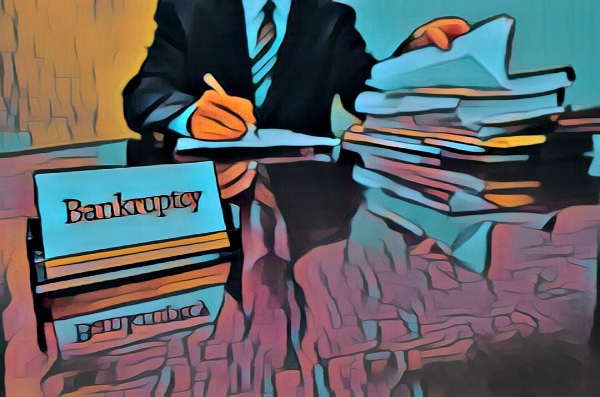 Although Mayer didn’t mention the insolvent business partner by name, Celsius seems to be the most likely candidate given that it had teamed up with Nuri to provide Bitcoin (BTC) interest accounts to its clients. As Celsius approached bankruptcy, these accounts were suspended.

Mayer also mentioned that the business is still optimistic about the potential of blockchain-based financial services.

“We continue to support cutting-edge financial technology, and we are confident that blockchain, cryptocurrencies, and decentralized finance will present opportunities that will truly make people’s lives better. Even so, Mayer stated, “financial innovation should be safe, clear, and simple to use for as many people as possible.

- Advertisement -
Previous article
Impermanent loss: What it is and how to avoid it?
Next article
8 WAYS TO GET FREE CRYPTO IN 2022